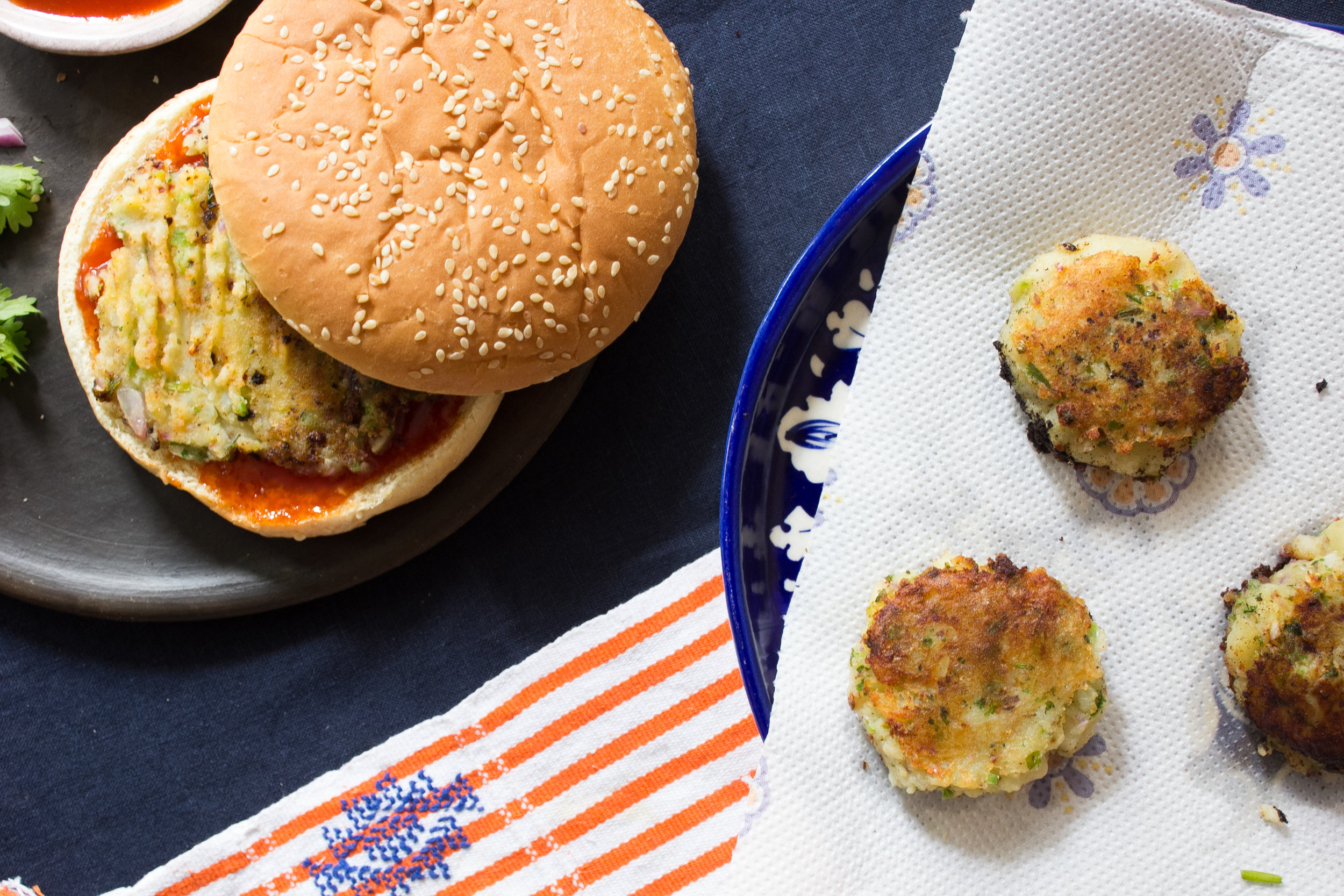 I recently returned to Washington DC from a two-year stay in Juarez, Mexico. I have been meaning to complete my “goodbye Mexico” post for weeks but it’s been a difficult post to write.

The post is meant to be a love letter to the border. But what’s made it difficult is that my time in Juarez was complicated. 2018 has been complicated. Last year I wrote about the pain of transition, and using cooking as means of coping and becoming a part of a community. I had hoped that this post would provide an elegant end to that story. Thanks to the power of food, I succeeded! Spoiler alert: I didn’t. 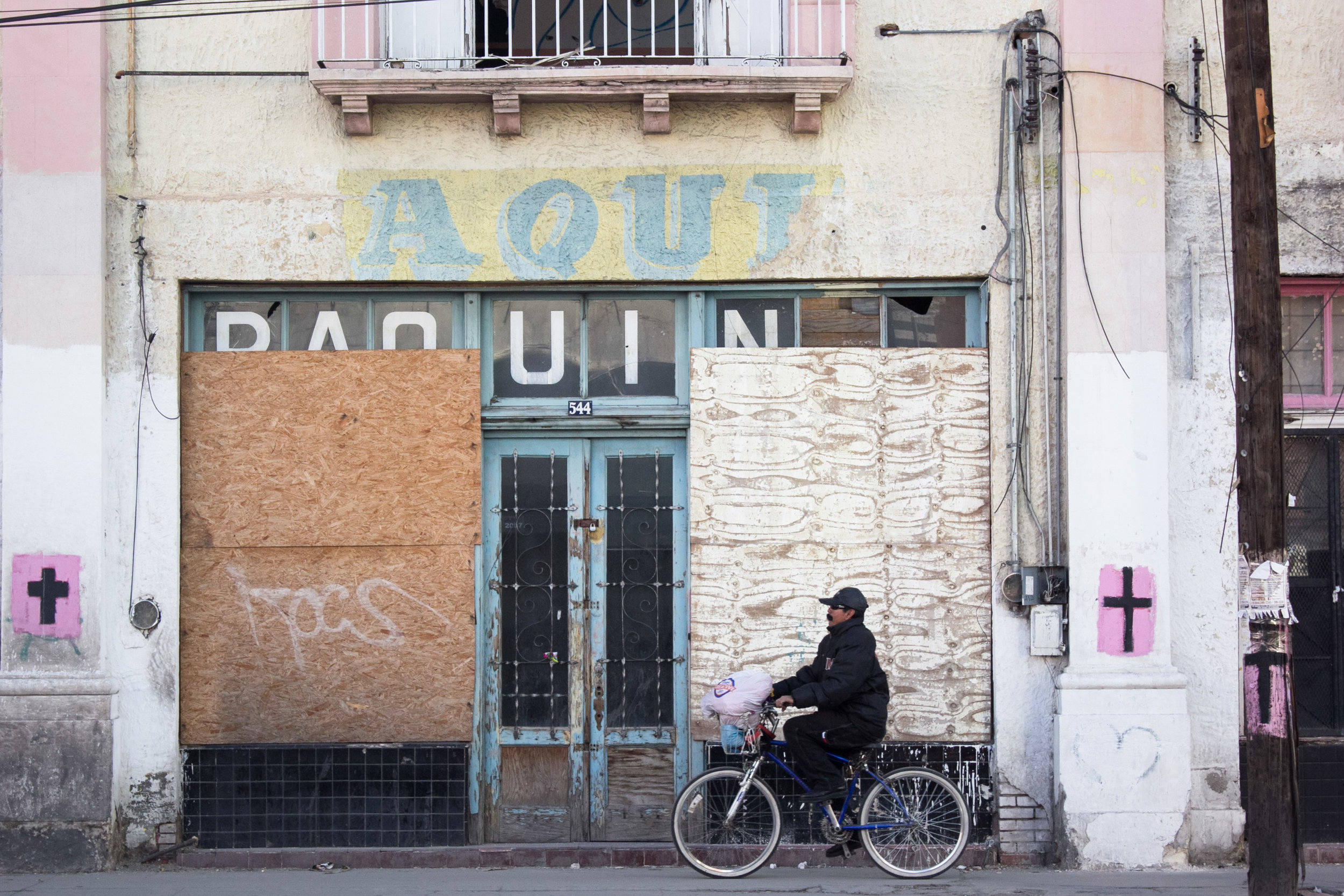 The problem with “honest writing” is that I have found people eager to latch on to a single story. While personal posts a great way to meaningfully connect with readers, it’s also offensive when people approach you saying, “it’s so brave of you to put yourself out there”, for narrating back my own story as one that is “sad”.

So when it came to writing about Juarez, I knew that it would be difficult to tell a complex, multi-faceted story that communicated the generous, resilient spirit of the border while still being honest about my time there. 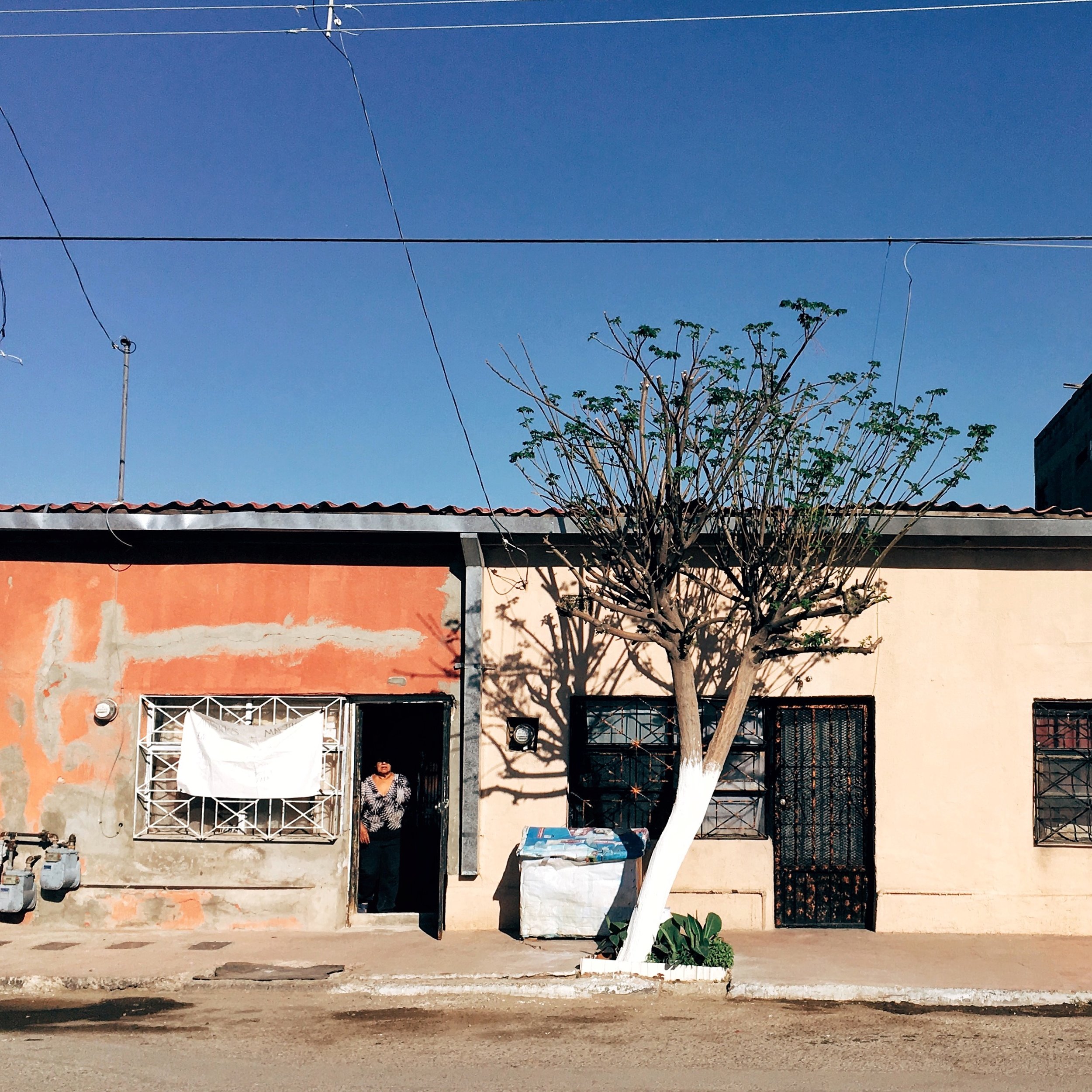 I take my time with places and people. With Juarez, I never felt I had the time and space to ‘crack’ it. The border’s story is tragic in parts and beautiful in parts. Living there provided me with an opportunity to witness what NAFTA looked like in color. It showed me what happens to a place when America decides to export the worst parts of its culture and policy. It also felt depressingly similar to Pakistan in what I saw as a wild rush among a growing middle class to equate mobility with aggressive amounts of consumption.

Some of the most crowded places in Juarez are its shopping malls and American chain restaurants. The historical center of the city is shrinking due to rapid development that is making Juarez look and feel a lot like a poorer Texas suburb. Because of the way Juarez is growing, it’s difficult for an outsider to access the heart and spirit of the city. 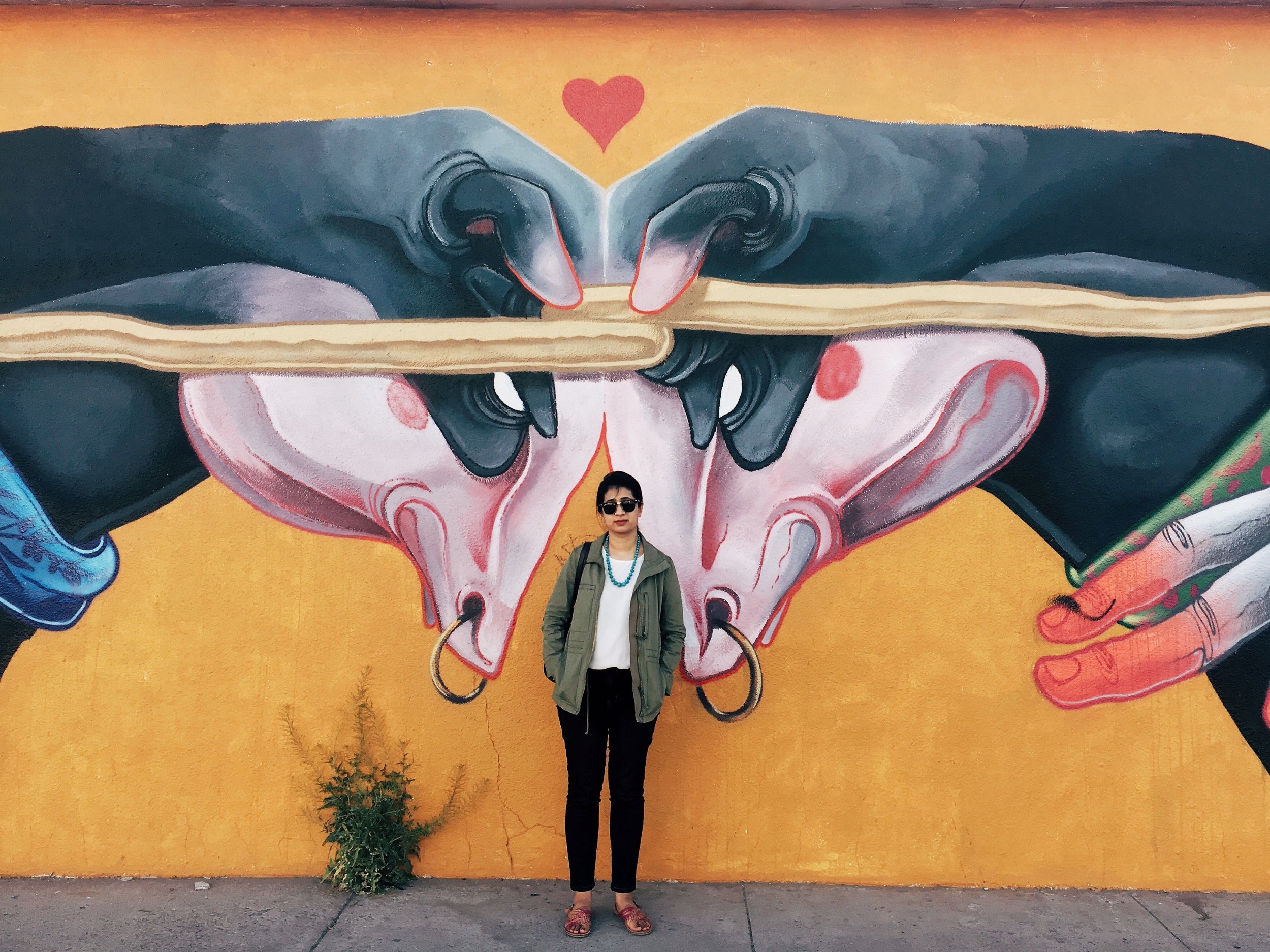 But what makes the border beautiful and powerful is how subversive it is. The border’s creative and activist community is aware of how NAFTA and aggressive, uneven development is changing the fabric of the community, making its members more vulnerable to violence. They recognize the social and cultural (not just economic) interdependence of Juarez and El Paso; reminding me that you cannot understand one without knowing the other.

What inspired me throughout my time in the border was the ferocity and authenticity with which the border community tells its story. You could see it in the complex murals that punctuate Juarez’s most unexpected neighborhoods. In El Paso and Juarez’s music scene that feels both fresh and rooted. In the stories that Juarez’s chefs told me, many of whom trained and worked in El Paso. Inside Juarez and El Paso’s many dive bars where you sit with people from all ages and backgrounds, each person happy to share their own take of El Paso-Juarez’s unique trajectory. I also see it in Beto O’Rourke’s raw but passionate campaign; how his increasingly progressive narrative is rooted in conviction and sincerity.

It’s this authenticity and rawness that has fed me creatively these past two years. I hope I can find a way to carry it with me wherever I go. 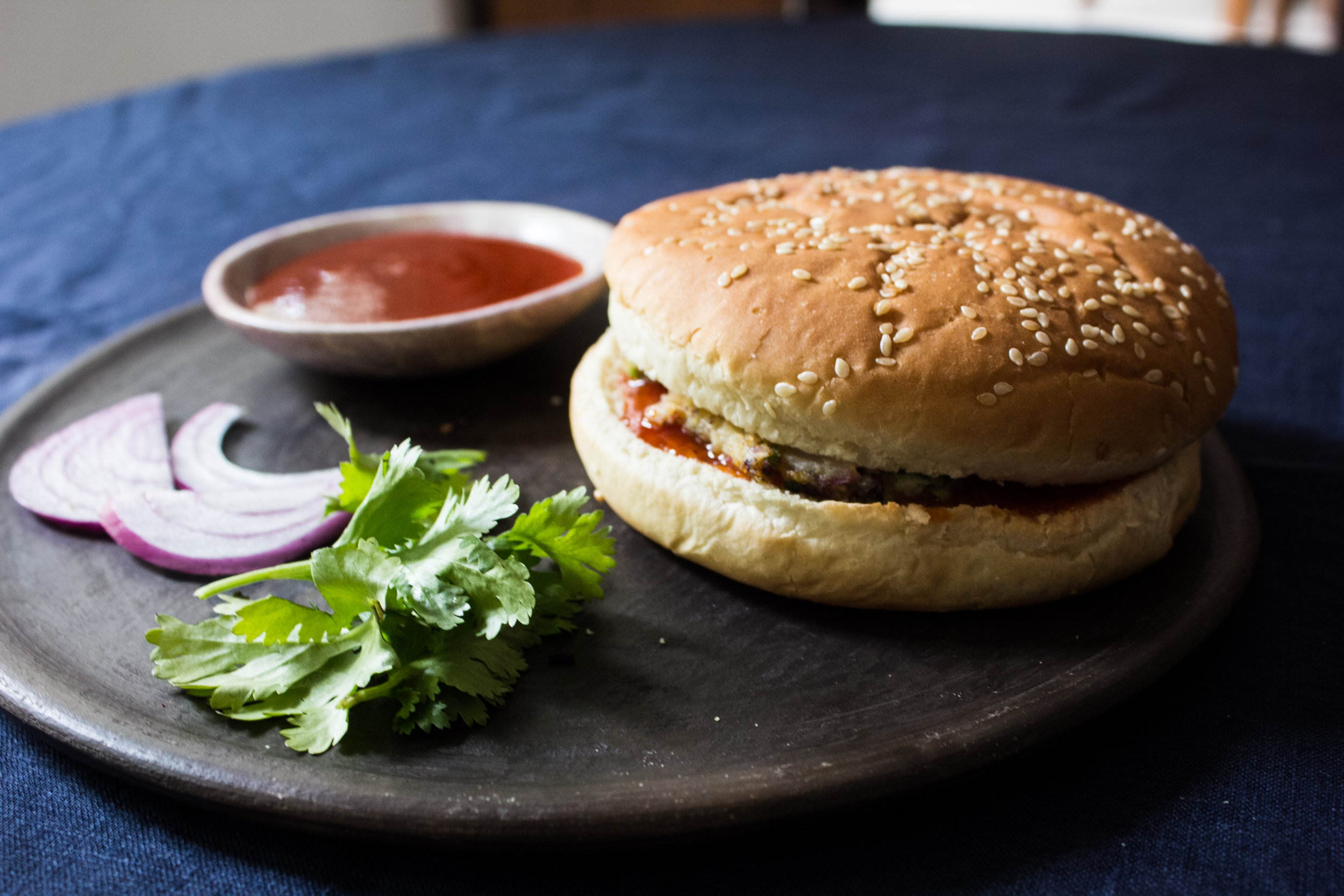 I had been wanting to writing a post comparing the Mexican torta with the South Asian bun kebab for months. This my friends is not that post. But it is a recipe that I think my friends in Mexico will also be able to appreciate. Bun kebab is a fried patty sandwiched between flaky burger buns, served with either a sweet and tangy red sauce or a cilantro-mint sauce (see Saba’s great piece on Pakistan’s patty kings here). The meat version has shami kebab and the vegetarian one has a fried potato patty as seen here.

I like my bun kebab with Maggi sauce but it can also be paired with a Mexican hot sauce where you soak dried red chiles in hot water and once soft, blitz them with some chopped garlic and salt. Enjoy! 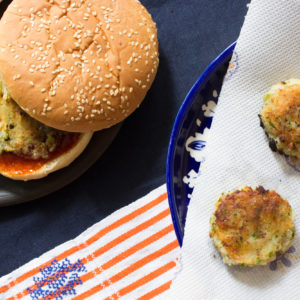 The fried potato patties are also great as a side with lentils and rice. After I brush the patty lightly with egg, I place it on bread crumbs on each side before adding it to the pan to fry.
Tweet
Share
Pin6
Share35
41 Shares
« Saveur Blog Awards Finalist for Best Food Culture Blog
Guest Post by Hina: A Daughter's Tribute + Recipe for Kashmiri Chai »