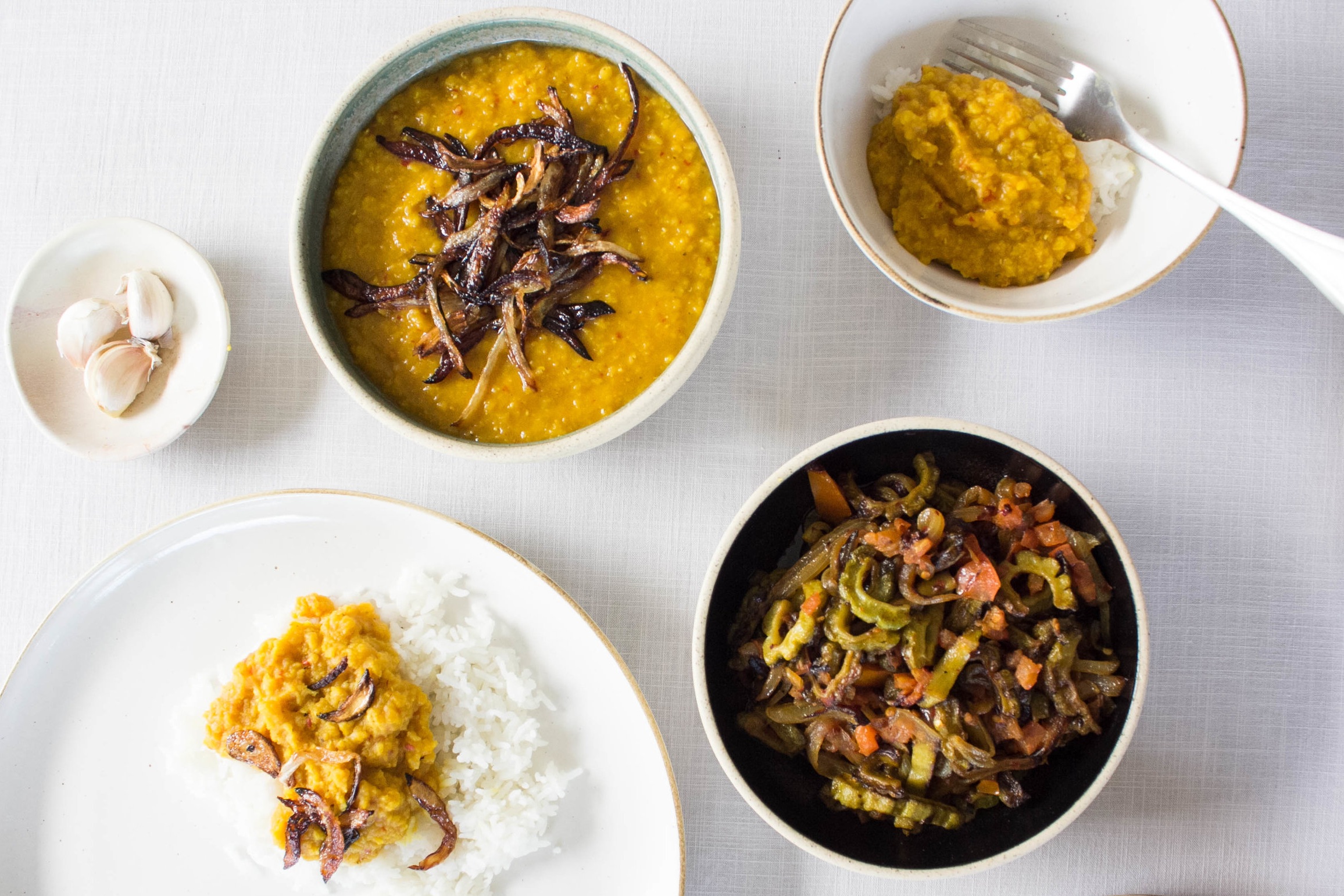 When I started the blog, I had vowed to never put up a masoor ki dal recipe. It was one of the first things I learned to cook when I moved to the US. I ate it to death when I was a broke graduate student and later, a struggling entry-level aid worker in Washington D.C. It was a staple so mundane, so easy to make, that I felt it never warranted a separate blog post. Three years later, here I am, sharing a masoor ki dal recipe.

For the last several months, my younger sister has been asking why I don’t have a simple daal recipe on the blog. I actually do: kalee dal and a masoor moong dal. Both are fantastic. But my sister strongly subscribes to the cult of the masoor ki daal and is afraid to cook so wanted the simplest recipe possible.

This past month, I have been cooking up a storm from Sameen Rushdie’s Indian Cookery. Under the lentils section, she shares the ‘ghontna’ process where you stir the daal briskly with a wooden spoon to bring it to the correct consistency. I realize that this is by no means revolutionary. I probably should have known about this years ago but this has been life-changing. It finally allowed me to give my daal a rich, creamy texture, so much so that I think it now warrants its own post.

The recipe below is a very basic recipe for the masoor ki daal that was prepared at my home. You can dress up the recipe as much as you want. In Sameen’s book, she adds whole green chillies, chopped tomatoes and fresh coriander leaves. You can also add various types of greens (for instance, spinach) and tamarind to add sourness. The tadka/bhagar (tempering) that she recommends for this daal comprises fresh kadi pata (curry leaves), dried chilies and white cumin seeds. I have only used a very basic tadka of chopped yellow onions that was more common in my household. Both are wonderful. While the tempering is optional, I highly recommend it. 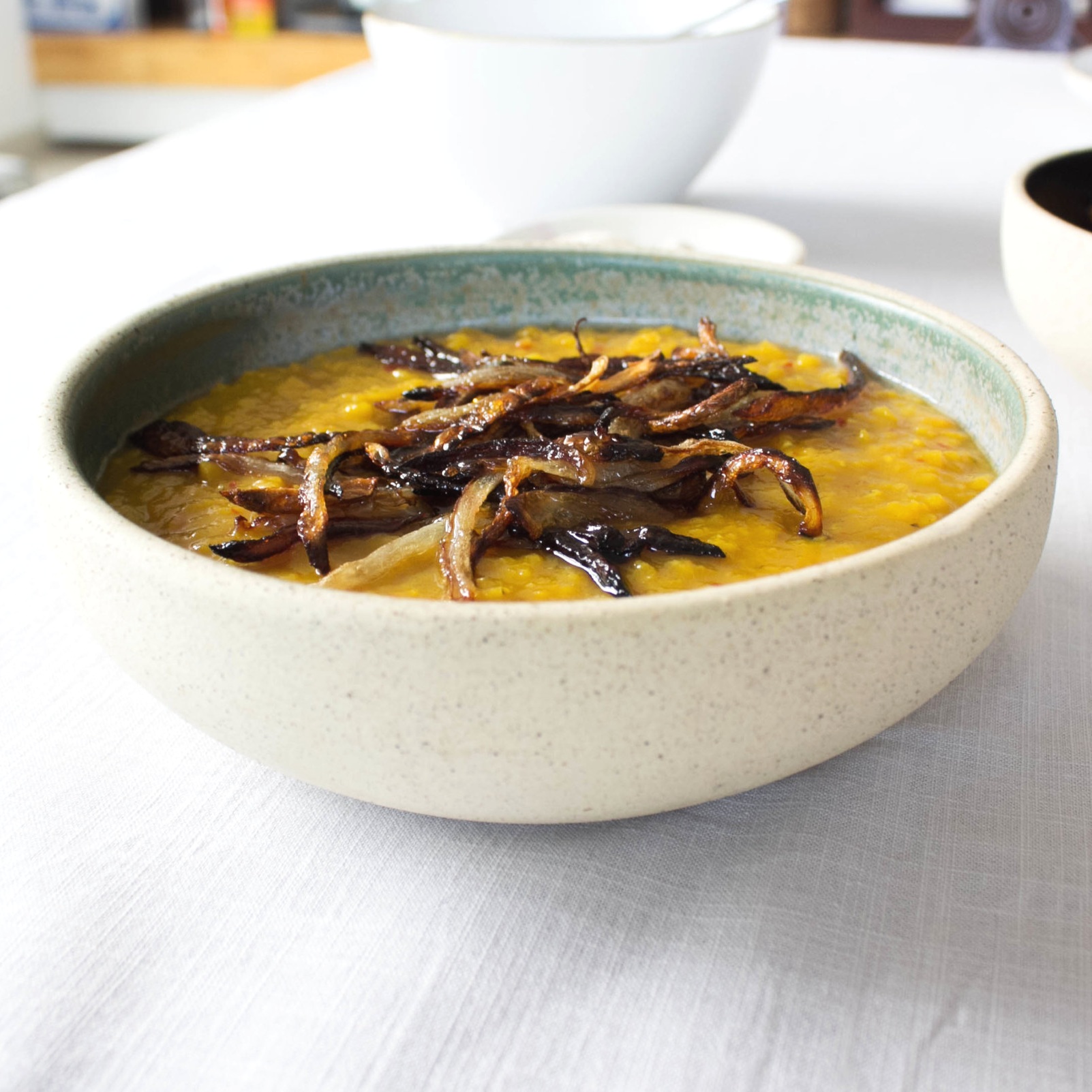 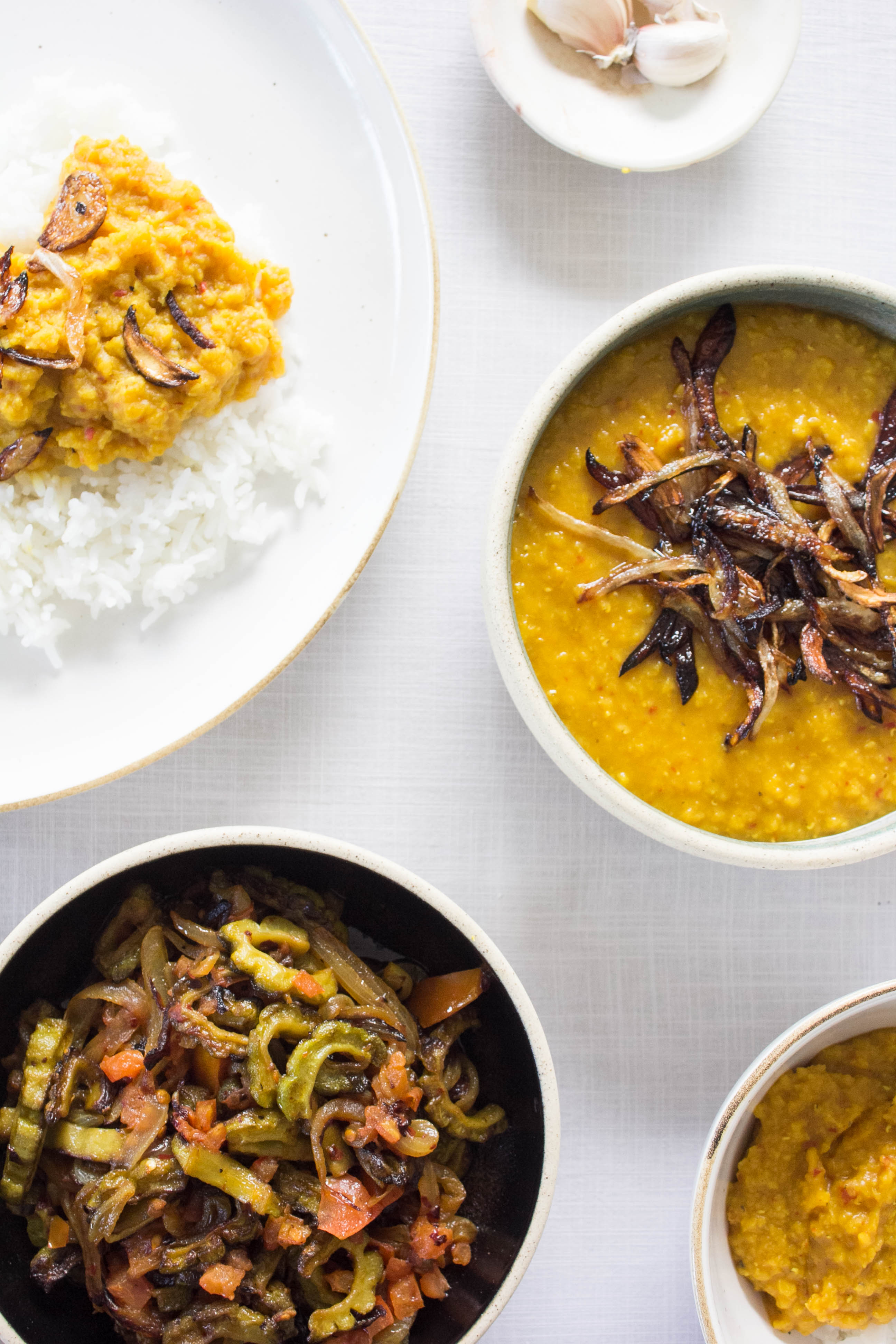 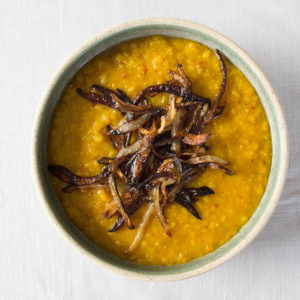