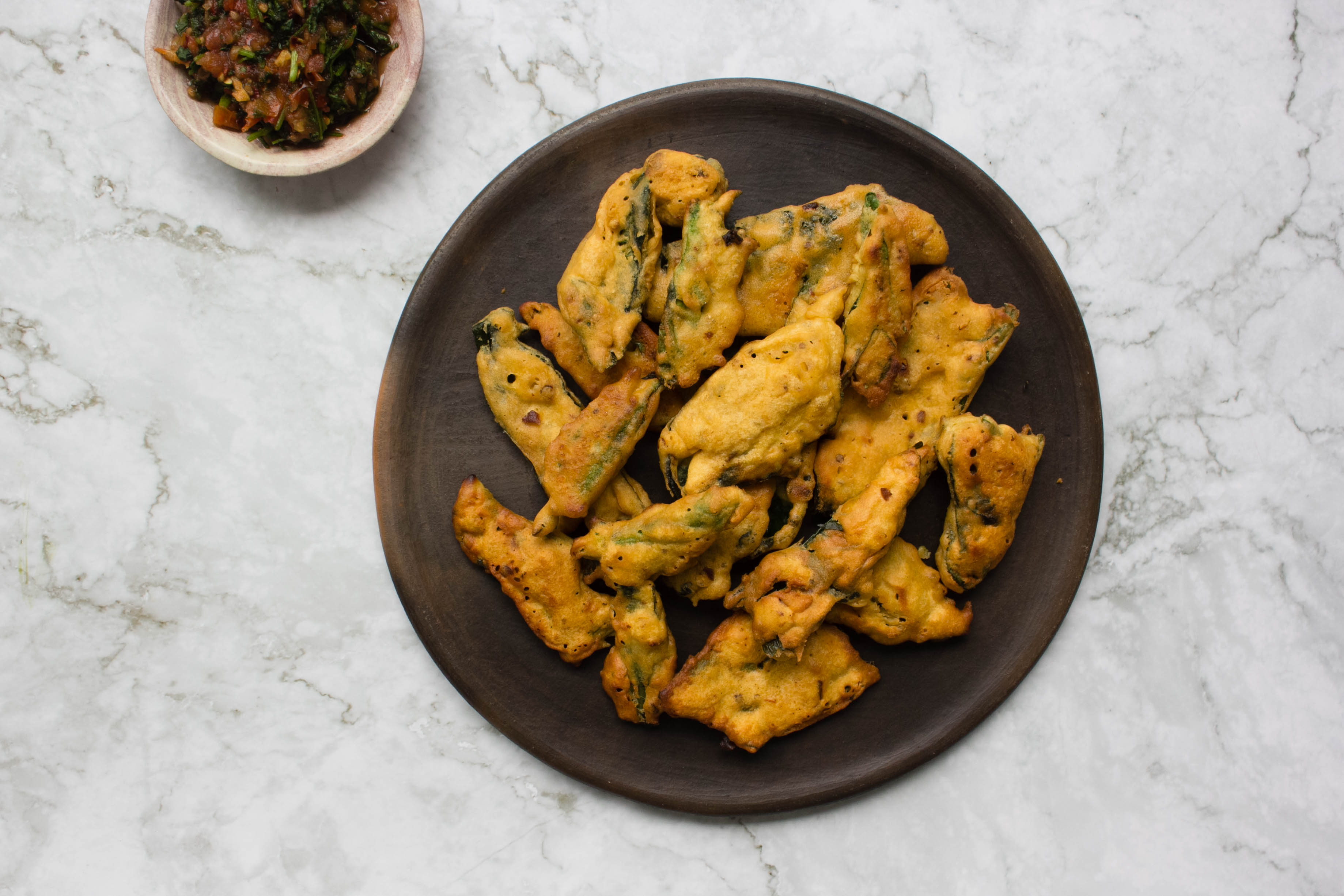 Pakoras are a Ramazan and rainy day staple in Pakistan. My personal favorite are the ones made with spinach: palak pakoray.

Battered and fried, pakoras loom large in the desi subconscious. You can have them as a roadside snack or in the evening with a cup of tea.

In Pakistan, if you decide to grab a packet of pakoras from the market (served in glorious oil soaked newspaper bags), you will likely get a "mixed" pakora - a medley of onions, potatoes and chilli deep fried in gram flour batter. At home, we would get served a similar type - onion and potato mix - just more delicately prepared and trolley ready. 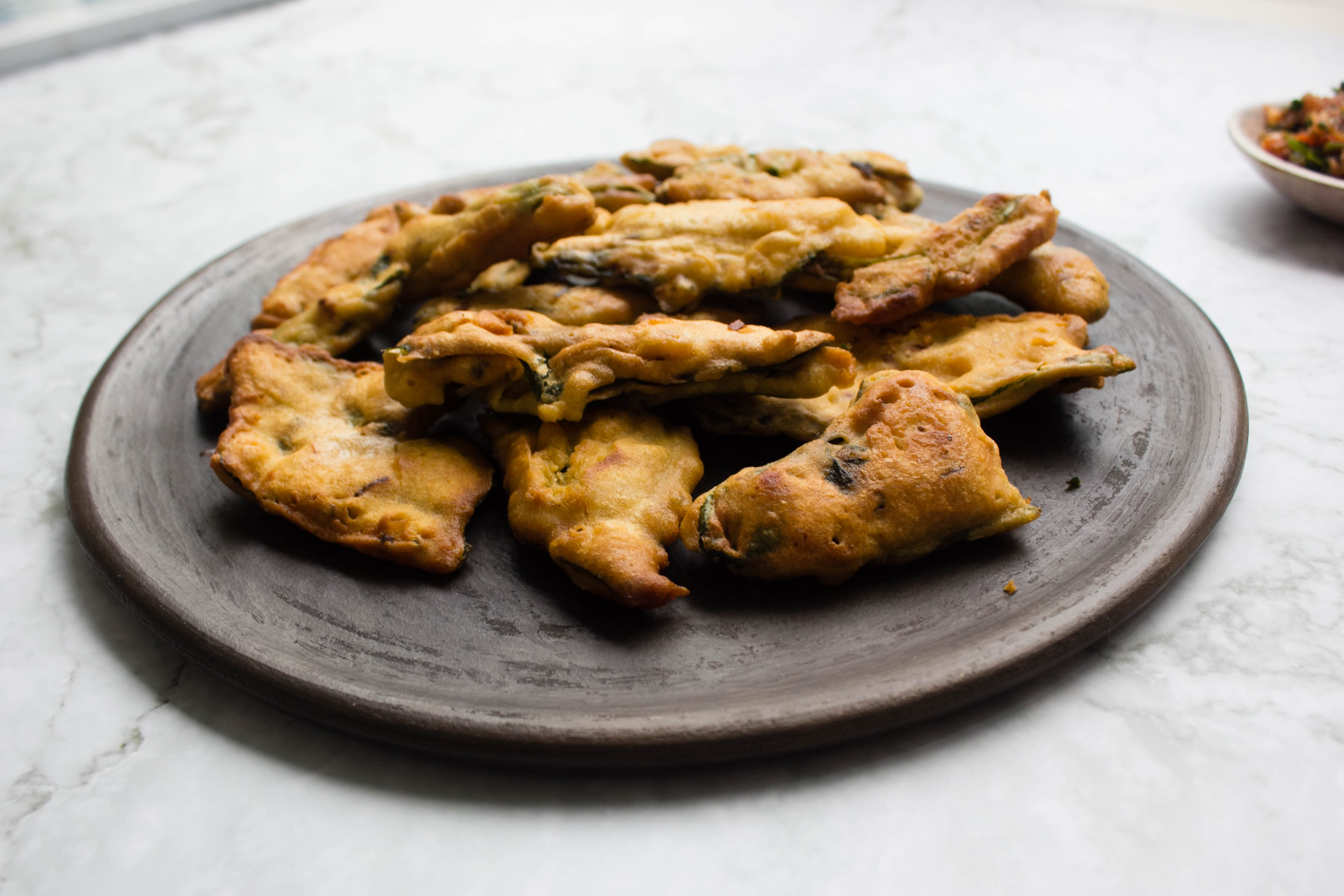 It's unclear how pakoras like Rooh Afza became an Iftar spread staple in Pakistan. Wherever you go, you will undeniably find pakoras served alongside fruit chaat, samosas and Rooh Afza. Unsurprisingly, I also had my first palak pakoray (featured here) at my friend Zainab's place for Iftar during eighth grade.

I loved how wispy and light they were, and find them to be a spring-appropriate entry way to pakora newbies.

Here I used my mom's pakora batter recipe but instead of putting her preferred onion/potato mix, used trimmed spinach leaves. 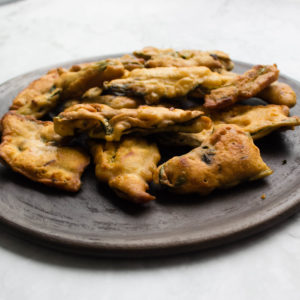