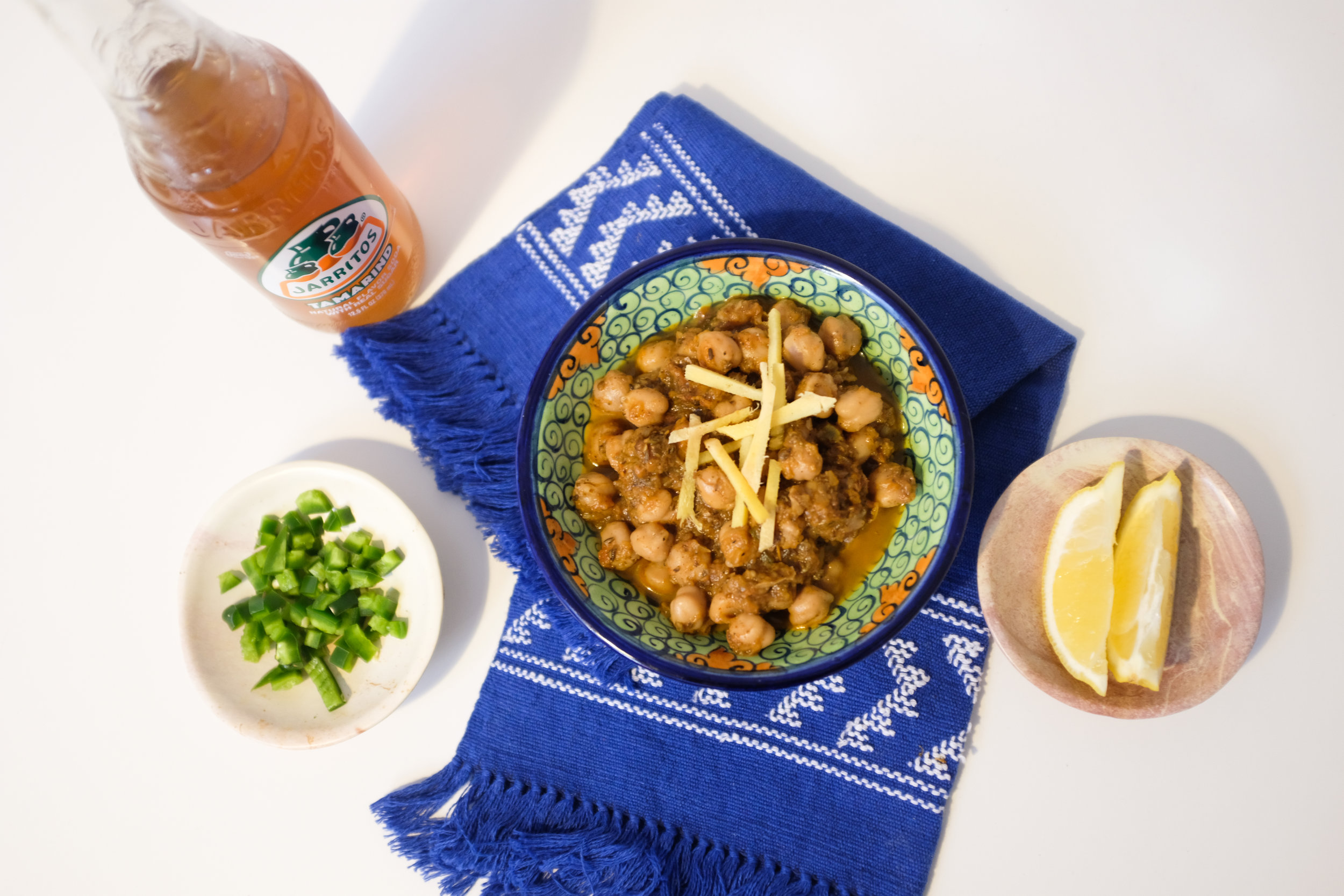 Chana masala was one of the first things I learned to cook as a graduate student. It became my favorite go-to meal. I would have it with rice, naan, by itself, as a side, or as a main. It was cheap, quick and always hit the spot. But when I ate out at a Pakistani restaurant, it was Punjabi chole that I would look for.

When I first moved to DC, I began to go to Mehran restaurant for lunch. Mehran was the city’s (by which I mean the district) lone Pakistani restaurant, and I was fortunate enough to work only a couple of blocks away. Every week, I would treat myself to their lunch buffet. While Mehran’s Punjabi chole was never the main, it was always the star that kept me coming back.

Once Mehran unfortunately closed, I had to turn to Ravi restaurant in the suburbs of Ballston to satisfy my chole cravings. I have tried on numerous occasions to recreate Mehran and Ravi’s perfect Punjabi chole but to no avail. 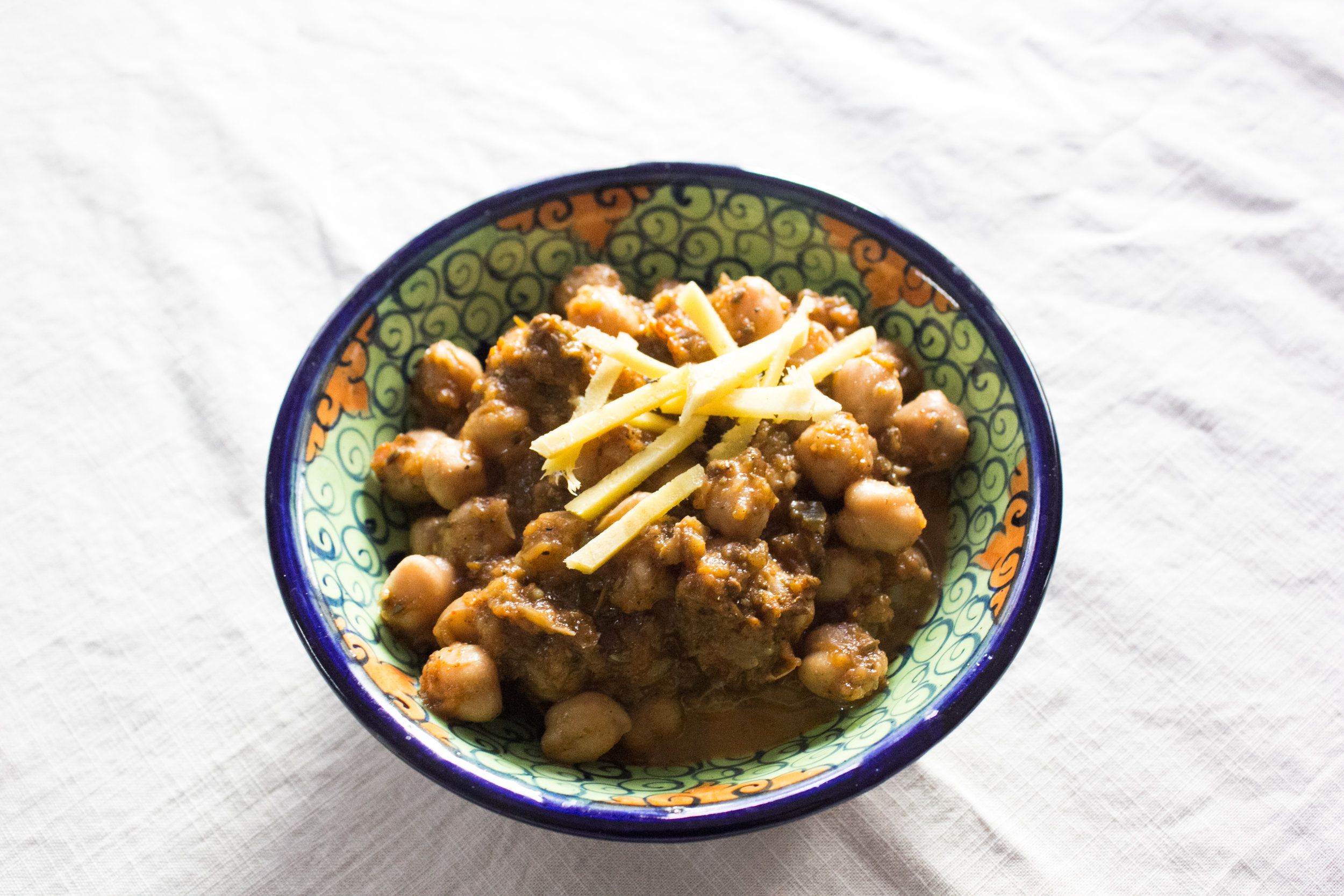 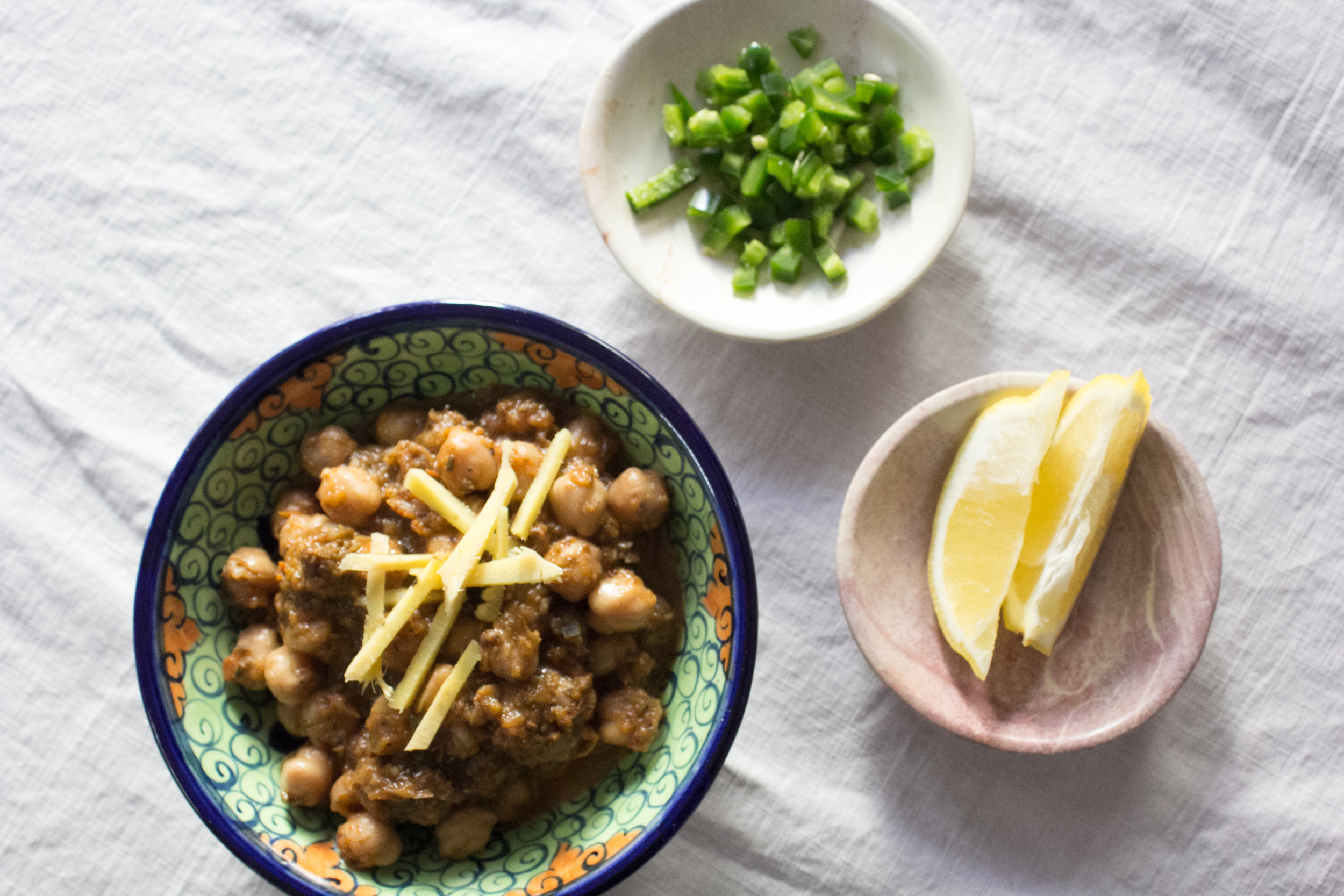 The recipe below can be best described as a compromise, a halfway point between generic chana masala and chole. It’s a recipe that’s been almost eight years in the making, and I will still call it a “hold” recipe.

In my quest to make it my chana masala more dhaba style, this is no longer the quick weeknight meal that I would prepare during graduate school. While it’s not too labor intensive, I would recommend letting the beans simmer in the sauce for 1-2 hours to give them time to absorb the spices. Pro tip: They also nearly always taste better the next day. 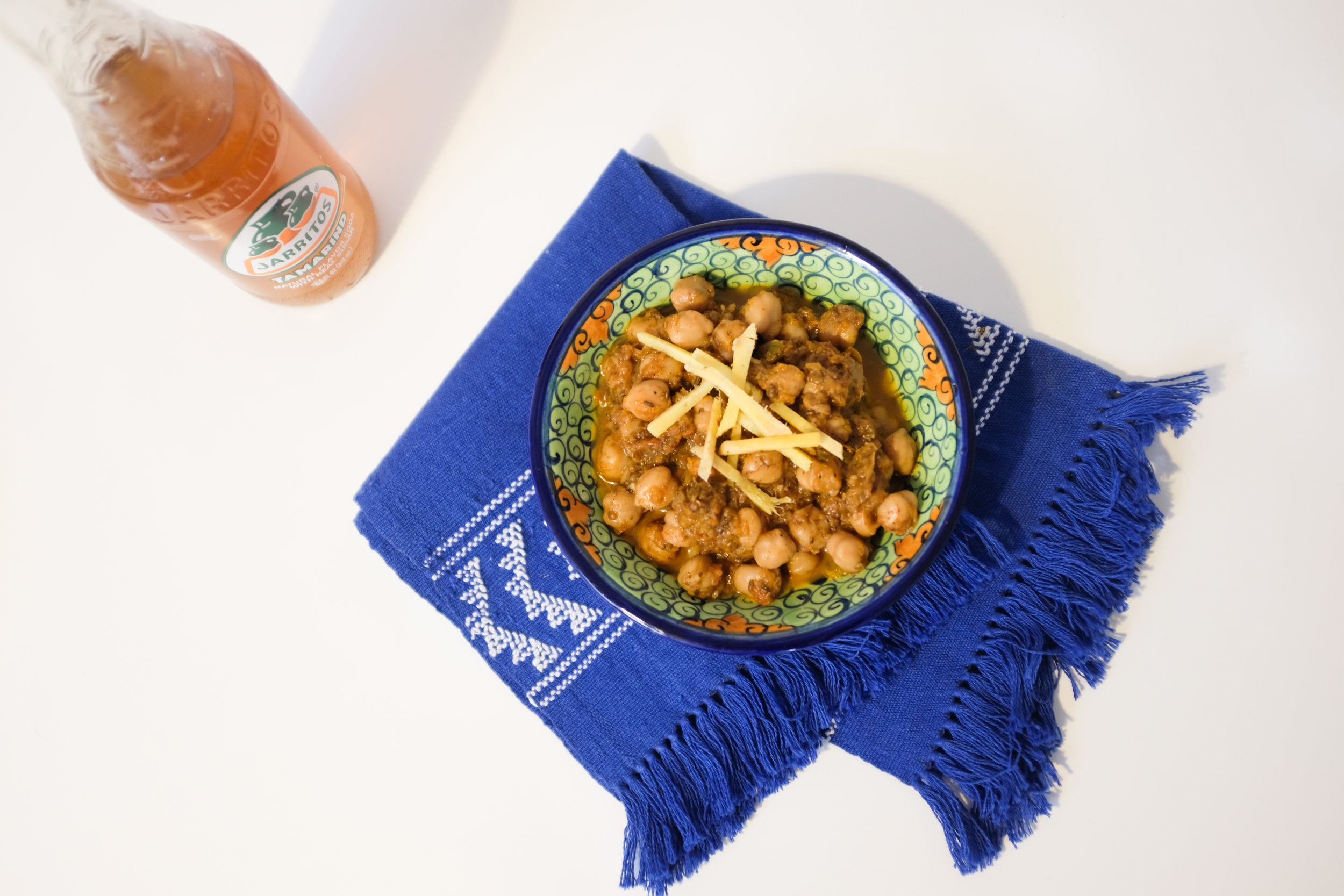 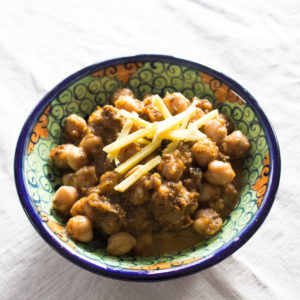