Biryani inspires many feelings among desis across the sub-continent. I had always been intimidated to make it. But thanks to my friend Albar's recipe for boneless chicken biryani, I was finally able to overcome my fear for preparing what maybe the sub-continent's most iconic dish.

While the exact origin of biryani is disputed, it was certainly inspired by merchants from Persia, and has over the years taken many different forms in South Asia. My friend Pooja Makhijani wrote this great piece on the different varieties of biryani for Saveur; and Kathryn of the fabulous blog, Cardamom and Tea, writes about its Persian origins here.

In Islamabad, I mostly grew up eating pulao. It was only during college that I got introduced to this glorious, flavor-packed dish by my Karachi friends. I would religiously treat myself to biryani take-out from Biryani Express post exam week - a welcome break from cup noodles and stale pizza from the campus khokha (tuck shop).

For my friend, Albar, biryani was also a treat during college breaks. Except he was lucky enough to enjoy one lovingly prepared by his mother, and not from a suspect take-out joint.

Albar's family is originally from Lahore, and the biryani he enjoyed during his college years reflects the rich Mughlai culinary tradition of the area. Here Albar recreates his mother's recipe to make it more accessible for people on-the-go. This boneless chicken biryani is what he calls the "young professional biryani" (a term that could only originate in Washington). 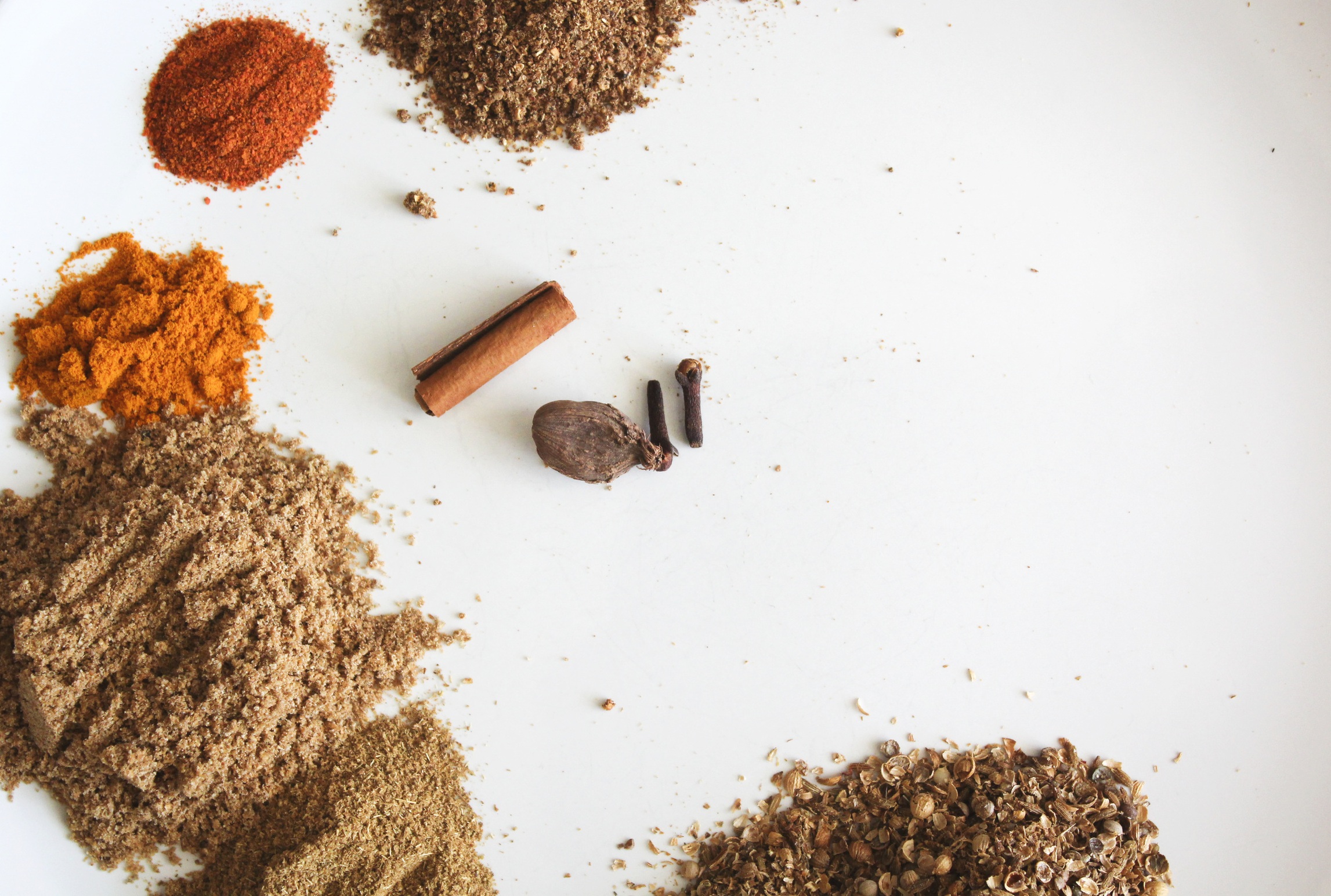 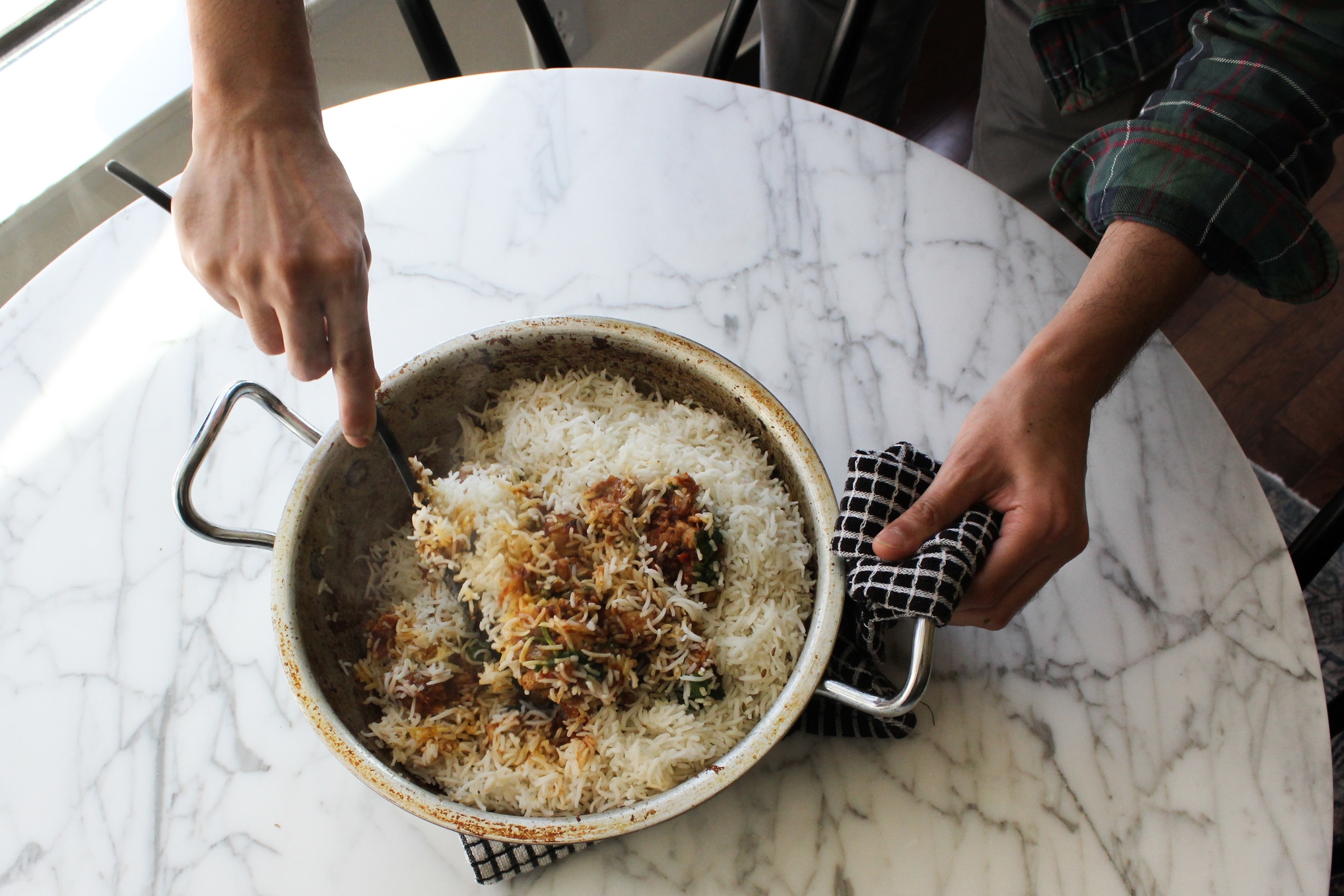 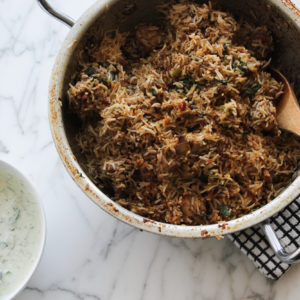 For those who find whole spices over-whelming, you can omit the whole cumin seeds in the rice. For the chicken korma, you can remove them with a slotted spoon before you layer it with the rice. 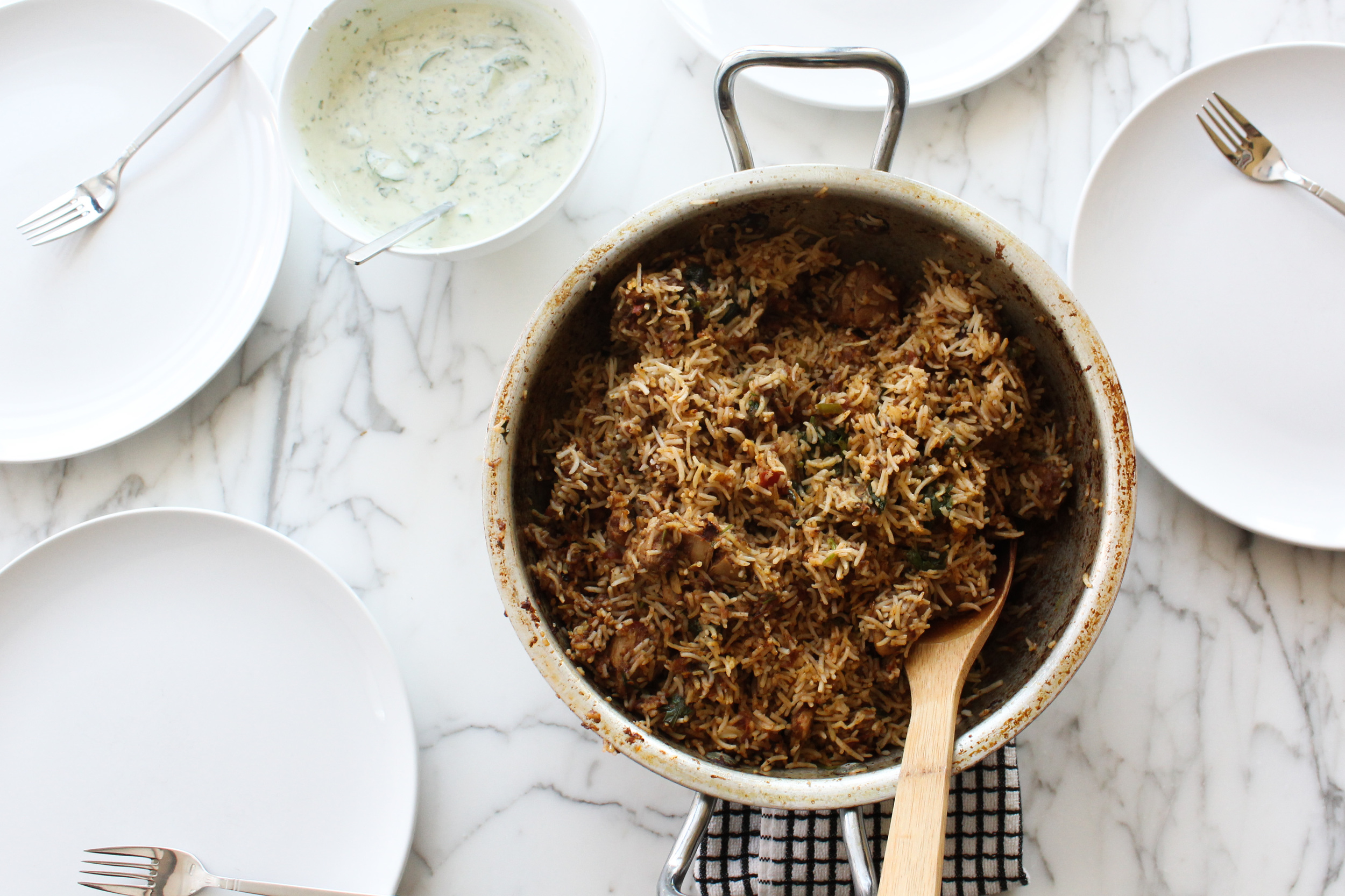